While we were both studying at Middlesex, Lee Gamble asked me to take some photos of a rather mind-ticklingly brilliant setup that he had arranged in his bedroom with a hosepipe connected to a loud speaker illuminated by a periodic strobe: 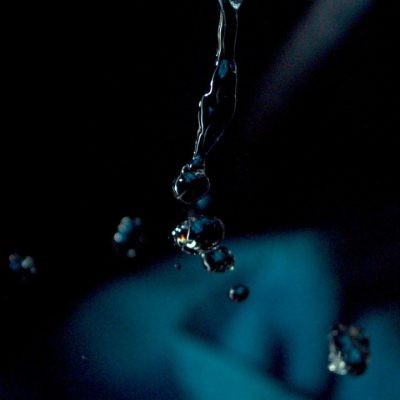 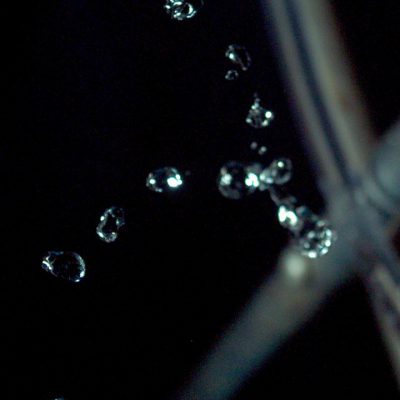 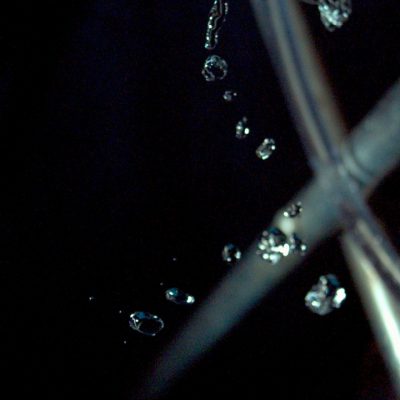 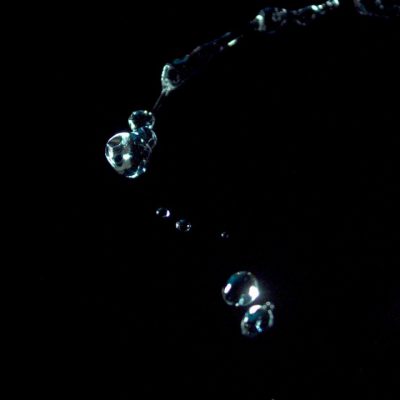 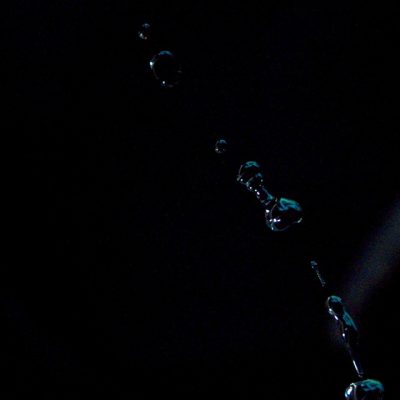 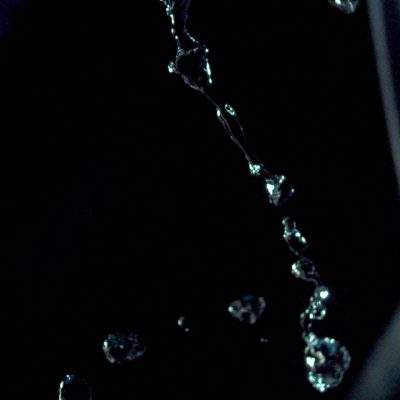 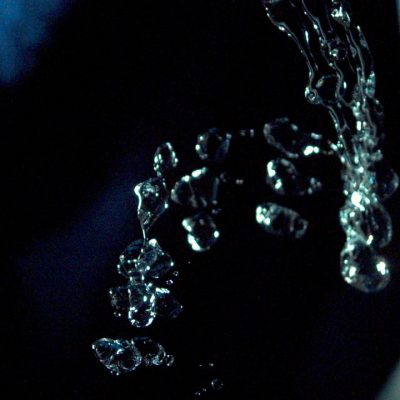 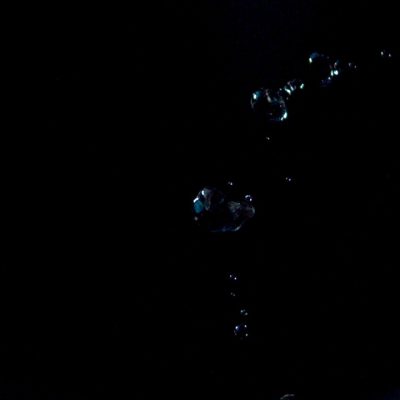 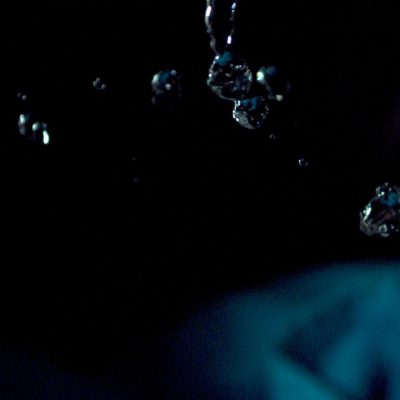 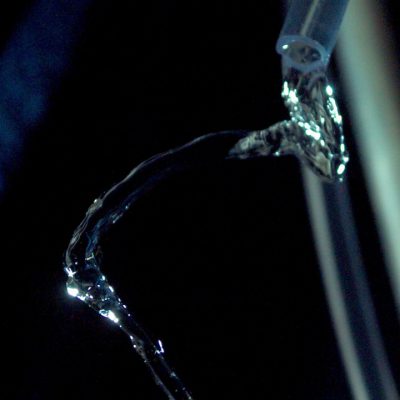 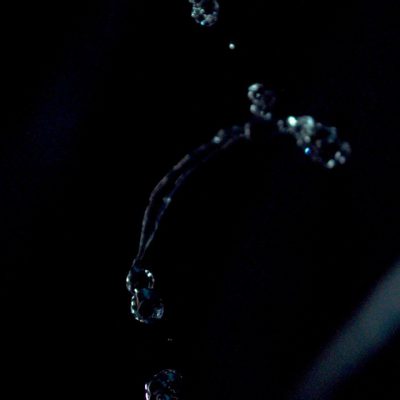 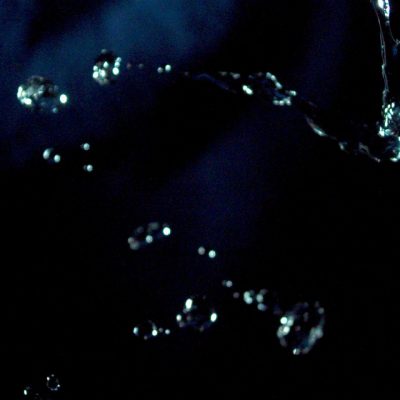 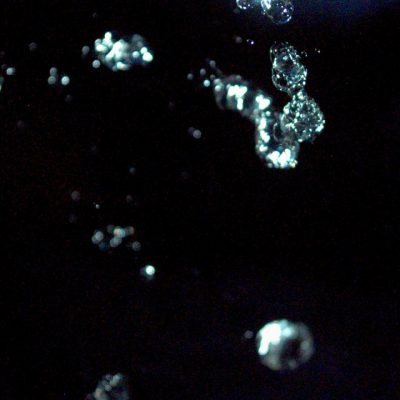 Photographing images such as the ones above is a unique experience whereby one can compose a close up view of a particular feature that would normally be fleeting. So while the photographs may appear very similar to any photograph of splashing water taken with a flash, they are really something very different.

I’ve recreated a similar setup again and made this video, although it doesn’t document all of the interesting features of the real phenomena; I’d love to encourage people to recreate it for themselves, ideally.

Another similar setup, which may well have been Lee’s original inspiration, is described (and also well photographed, along with many other interesting phonema) in Hans Jenny’s “Cymatics” study of wave phenomena, Volume II chapter 6:

The outflow pipe is excited by sound and this causes the emergent water jet to oscillate. As it transmits periodic impulses it receives into space, the interplay of a number of factors can be seen. Surface tension causes the jet to maintain a certain homogeneity. Where it is disrupted, the surface tension is evident in droplet formation. The main feature, however, is the enormous turbulence apparent in the periodic movement due to the high instability of the jet. This periodicity also appears wherever the jet is disrupted. The instability of this interplay of forces can be seen very clearly with the stroboscope. For a brief moment individual drops have an incipient regularity of formation, but in an instant become turbulent again.

Curious processes involving attenuations and expansions can be seen. A spiral current appears in the jet time and again. In spite of the complex instabilities the pattern of oscillation still remains prominent. It involves a number of tendencies combined together: there is a tendency for the water to turn into drops, to form a homogeneous jet, and to flow in wave patterns, and at the same time a tendency to produce a regular vibrational pattern. None of these tendencies is ever fully realised; as soon as ay single one becomes more precisely defined, it is caught up in the turbulence caused by the prevailing instability.

In the variations Lee and I set up, a sine wave was used rather than periodic impulses, and I suppose this may have affected a somewhat greater stability than that described by Jenny. Certainly, there was a sufficient stability that to an observer individual droplets appeared either suspended in air for some time; or slowly ascending or descending in cases where the frequency at which the strobe caught them was higher or lower than the fundamental of the excitation.